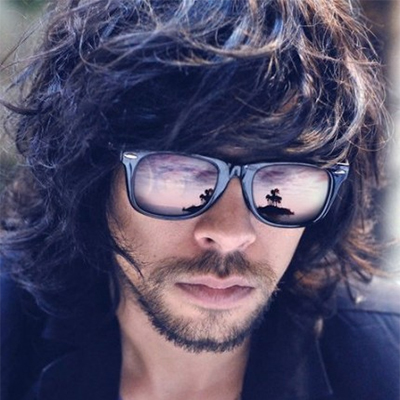 Onra (Arnaud Bernard) was born in 1981 in Germany to French parents, although his father has Vietnamese ancestry. He moved to France at the age of…

A little while ago, Onra gave us an amazing show in Bird Rotterdam. We sat down with him and had a good talk about his precious vinyl collection, Buddy Savita, and his upcoming projects. Take some time for this one, and in the meanwhile, play some Chinoiseries 2 in the background.

What is your most prized or favorite Jay Dee record that you were able to collect over the years?

For a long time it was Jay-Dee remixes EP, that came out in ’96 on House Shoes’ label. That one was very important for me because he send it to me personally. It was his last copy on his own label. So he sent it to me in exchange of another batch, which was a very rare Jay-Dee beat tape from ’98. I think he may had put it out himself, as a second bootleg of one of his most famous beattapes from ’98: Vol. 2 Vintage Jay-Dee Instrumentals. I had 3 copies of it, now I have 4 of them. So I sent him one of my own and he sent me back the House Shoes EP. It’s a green vinyl, a super special one which was very cool. But this year I was lucky to find a Slum Village Fantastic Volume 1 on cassette, that’s the original format it was released on! They made 500 copies and were released in Detroit only. I found that shit on E-bay, I don’t know how many times I searched for it, maybe a hundred times. There has never been a copy around, and on this one day I found one, it was $ 250,-! But I just needed it and clicked on the ‘buy it now’ button immediately. It’s the ultimate shit, like nothing can beat that!

Where does your love for basketball come from, and what is your favorite team?

I played basketball myself for like 15 years or something. It comes from hiphop, hiphop and basketball are always a good combination. Also, I grew up in Africa where my mom lives, and basketball was huge over there. Africa in general always looked up to what’s new in the States. My favorite team is the Indiana Pacers.

Together with Buddy Sativa you have released a jazz album. Can you tell us something about the process of making this record? I can imagine it’s quite different from your previous projects.

We’re pretty close friends, so about two years ago we were hanging out in our own apartment / studio. He got this crazy weed from Thailand, and the Thai weed is a special kind you know. So every time I went there, he has this Thai stuff, which is not that good, but it always made me very high. Not like sleepy or something, just a special high. We smoked some on a regular night, and we decided to do a spiritual jazz track, on the spot. Five minutes later we were sitting behind a computer, and we just started. He started with a rhythm and the drums, and I started out with a bass-line. So we had the basics, which are the drum and bass, and then we started to improvise track after track on top of the basics. Every track started with the bass and the drums, then piano, electric piano. Then he did percussion, and synthesizer, we did flutes, and I did something else. Everything was so improvised, we didn’t know what we where doing. It was just one take only, so we pressed record and then we played!

So the whole album was improvised that way?

The whole album was 100% improvisation. Just press record and play, and if you fuck it up, we will keep it. I thought it was a fuckin’ amazing concept, and when you hear the result you don’t feel like it’s 100% improvisation. You feel like it’s not perfectly on point, but the result was amazing so we kept on doing one after the other, it was so fluid. We did this a couple of nights in a row and after six or seven track we were like ‘Hey man, I think we should do an album!’. We made six tracks, when we listened to them we were amazed, did we really do this shit?

Are there plans for a Yatha Bhuta Jazz Combo live show?

A while ago I saw a picture of you digging in Thailand if I’m not mistaken. Are you planning to make a Chinoiseries 3?

Yes! I was in Thailand a couple of months ago, so I got enough material to do a third one. So for sure, I’m going to do a new Chinoiseries!

In an older interview you mentioned you were working on a dub/reggae project. Are you still working on this and do you have plans to release this?

No, I dropped it. I’m not going to do it the way I planned it. I’ll work on it later!

'Right now, I’m just lost in all the inspiration that I have. Music is going so fast, I don’t know if I keep on doing my funky shit, or if I should move on to something else.'

What can we expect next from you? Are you working on some new beats or planning a new release?

Not really, I wanted to take a break for a little while on producing. I did this jazz album to give me some time. I didn’t want to force anything, so free time is the best for now. It’s weird, when music is not only your passion anymore and it becomes your job, you are so much fresher. You don’t play anymore, it’s not really for fun anymore, it just becomes your job. I’m not going to force things. It’s affecting my inspiration and motivation. All my records have a strong concept, like a main idea, and I do everything with this idea. So I don’t know what the result should sound like at the end. Right now, I’m just lost in all the inspiration that I have. Music is going so fast, I don’t know if I keep on doing my funky shit, or if I should move on to something else. And when you see the shift in trap; this kind of music is becoming so popular. What people want right now is only bass, they don’t want to hear anything else. So I’m just waiting for the next new concept that I want to create. I’m always trying to be different, from the start. Like the Chinoiseries, nobody was doing that shit and it sort of was a new genre. I just want to figure out what will be my new thing.

What are some of your favourite boogie/funk tracks?

That’s a difficult one. The funk track would probably be something by Roger Troutman, that’s the ultimate 80′s funk to me. Plus, they where not doing any drugs, alcohol or weed, he was like a studio geek. He was super religious, a family man, but he was making music so creative and so funky. Incredible.

For your beats and live show you use the MPC1000. It this your main instrument when making music or do you also use any other equipment?

Yes, that’s my only equipment.

How do you go about mixing your tracks? Do you do this at home or at a separate studio?

My home works out as my studio as well. My apartment is smaller than this (hotel room), Paris is very expensive to live big.

What is the most recent movie you’ve seen?

I’m not really into movies, I never watch any. But yeah, I have a favorite recent one, the latest Wes Anderson, Moonrise Kingdom.

How was the Boiler Room show in Montreal? The visuals looked crazy in that place!

It was in an amazing venue, a planetarium. It was like a dome, from the outside it looked really cool. The sound was good, and the vibe as well.

Who should we interview next, someone you’re looking up to right now?

Pursuit Grooves and I know each other, my first show in Rotterdam was with her. It was one of her first shows, we were just out of the Red Bull Music Academy, so we got a little more attention. She also was in Europe so we could do a few shows here, and one of the shows was in Rotterdam. You should interview her because she is doing lots of great shit, visuals and different kinds of music under different names. She released something last year under the label Tectonic, she’s very interesting!

The day after his great show at BIRD Rotterdam. We hooked up on this rainy Sunday morning, just before Flako took his train back home. We sat down at a local coffee store and warmed up with a few cups of …

Some of you might know Thundercat from his work with thrash-metal band Suicidal Tendencies. What's more likely is that you know this Brainfeeder artist from his cutting bass lines and melodic chords. We sat down with the bass master himself a while ago, when he delivered a strong performance in Rotterdam venue …

Due to a crazy accident, we'd almost lost the great Gaslamp Killer. Fortunately, William Bensussen recovered incredibly fast and came out alive and kicking! We met up prior to his smashing performance at Bird Rotterdam, and had a good talk about his life, dreams and inner …