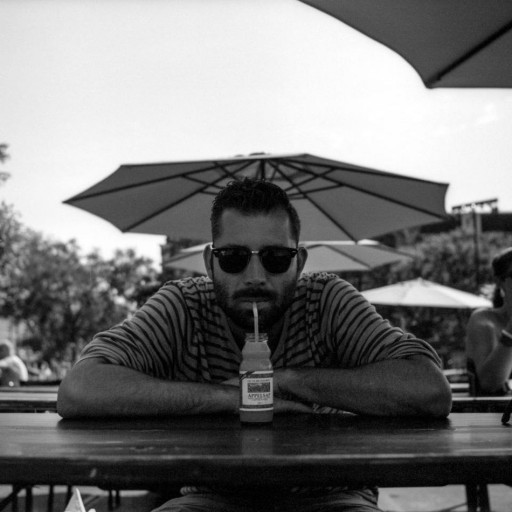 The Appelsap Festival at Oosterpark, Amsterdam. Known by many for years now, but Los Bangeles wants to get to know them a little bit better. We hooked up with Rogier de Reiger, creative director at Appelsap Fresh Music Festival at their office in Amsterdam. We had some beers and a nice chat on their incredible rooftop.

Who are you and what do you do?

How was the concept of Appelsap originated and what’s the story behind it?

Twelve years ago we came up with the idea to throw a party in the park, inspired by hiphop in New York in the seventies: wire electricity from streetlights and let’s party! We then asked for a permit to do this in the Oosterpark and to our surprise, we actually got it. We called a few befriended DJ’s to spin at our party. Back then it was SP, Mr. Wix and Kid Sublime.

Who are your heroes/heroines?

What are your favorite artists at the moment?

What are your favorite websites?

TheFader, Hypetrak, Hypebeast, XLR8R, Cocaine Blunts, Nowness, 3voor12, WeTransfer and 22Tracks are some websites I visit on a daily basis.

What does a regular day at the Appelsap office look like?

We open the day with a lot of e-mails, some meetings, coffee and sometimes, we go outside.

How do you stay fresh after 12 years already?

Be open to everything that’s new. And keep a critical eye on everything you’re doing.

How do you cope with negative feedback, or things like: “Back in the day it used to be better!” (as in: for free)?

We try not to comment on those things too much, because it’s a long and complicated story. It’s sad that some people really don’t understand that, but are really eager to post things on Facebook and Twitter. I sometimes have to stop myself from replying. I’m thinking: Why don’t you try organizing a free festival for 10 years, I’ll talk to you later buddy! But, usually, I try to focus on the positive things.

Who came up with the name Appelsap?

No clue. All of a sudden it was there. But it was kind of like rebelling against all English names for hiphopparties in Amsterdam like Bassline, STPDFRSH, Chocolate, etc. We live in The Netherlands right? But we were fresh, ofcourse.

Appelsap has been green and fresh for the last 12 years, who’s responsible for the artwork?

I used to do everything myself. Nowadays I let other people do it most of the time, but I still take the lead in art-direction.

On Sunday July 22, Appelsap Fresh Music Festival invites Colors and Boiler Room to host a stage at the Oosterpark in Amsterdam. As a taster for the festival a Boiler Room x Appelsap session was held in London, starring Lando Kal, Cinnaman, Breach & Vic Crezé.

Our first foreign booking Kurtis Blow, a performance by Buitenwesten crew, J. Dilla’s last show in the Netherlands a few months before his death, Kendrick Lamar for the first time in The Nederlands, the cooperations with Colors and Boiler Room, legendary DJ sets by Edzon and ofcourse DJ SP, who hasn’t missed any edition yet. Honestly, there’s just too much.

Over all festivals, which acts were the best?

Which artist would you like to see as a headliner on the hologram-stage next year?

Let’s just wait and see how this edition goes.

'Be open to everything that’s new. And keep a critical eye on everything you’re doing.'

What do you do next to the Appelsap events?

Right now, nothing. We try to work for Appelsap fulltime and we want to do more under the same name.

What is your ultimate dream?

To be the best in our league, internationally. Best would be if Jay-Z and Kanye’s management called us and said they really want to play our festival, something like that.

With what brand or artist would you like to work?

What are you going to do in the future, with all these cuts in funding by the gouvernment and all?

We just keep doing what we’re doing. Hopefully we continue to grow a little and who knows, we might still get some funding for a special programme. But in the future, we want to be self sufficient.

At each HIT + RUN event, Flower and Crivello act as curators, selecting from their network of artists to create an exclusive, one-of-kind art experience for all types of …

Script, serif, sans, shadow lettering; Bijdevleet masters them all. His weapons of choice include brush pens, brushes, ecoline ink, pencils and fineliners. We first came across Tim's work at the Opperclaes Yard during 24Uur Cultuur, where he teamed up with Resuk on a crispy clean design for a lightbox. …

For those who aren't familiar with Iwan Smit yet, shame on you. This multi disciplinary illustrator has been ruling the graphic design game for quite a while now. He’s known for his bold graphics, vivid colors and always keeping a close relation to mythological creatures. We've teamed up with this guy some time ago; he …