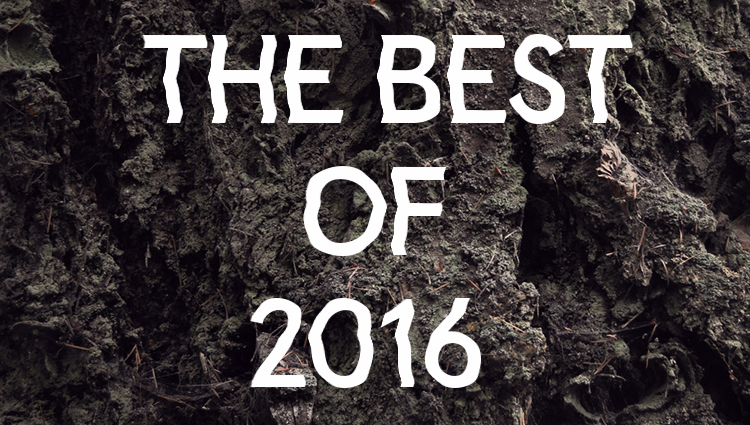 Better late than never, here are our picks for best tracks of 2016!

An exciting build-up in particular, a very musical track. Overall Brian Allen Simon serves us an interesting music clash with his latest album Petrol. The track ‘Mouth’ is the absolute highlight,his beloved saxophone is not involved until the last minute but the almost 5:30 minutes of Mouth are very pure.

For the past few year big beat boss Ras G intrigues me with his creations, operating from his Spacebase in LA. This year’s album Bakers Dozen was off the hook again. The track ‘Mi Grams’ is in my opinion an instant Spacebase anthem.

The structure of this thundery track makes you super curious to hear how it moves on. Dragging on, the excitement remains in it while you can only continue to nod your head to it with your eyes closed.

Intruding banger. Heard this one a while ago at of one Benji B’s Deviation sets, couldn’t get in out of my head ever since. Slow-paced, but hitting it hard as hell.

I’m a sucker for strings, so this one is going right for the feels. A seamless collaboration – Charlotte is straight killing it with her vocals. A melodic, well-balanced and soothing masterpiece.

Raw and addictive, big up to Black Milk for the beats. Everyone on this track delivers, especially Kendrick on the hooks and Earl on the last verse. A fine piece of modern hiphop.

A Tribe Called Quest – We The People

The whole album is just crazy good, but this one stands out. It feels like Phife Dawg never left, and they still seem to carry that timeless and unique ATCQ vibe – simply amazing.

Heavy tune, this one needs to grow on you. Dark and unstable in the best way possible.

Interlude for life – the best start-up track for 2017.

For me the song ‘Flake’ is like a flower unfolding or the awakening of the day. This year was also the year of Jheronimus Bosch in the city of Den Bosch (Jameszoo’s home town), celebrating the works of this late 15th century artist. I’ve been listening to ‘Flake’ while visiting the exhibitions, and it all fitted together in the natural weirdness of both artists. Very Jameszoo-like, it’s full of surprise elements in sounds and arrangement, leaning on a few simple chord progressions in such a way, it leads listeners kindly into the world of this Jazz artist.

I play this track in my DJ sets a lot. It’s the striking power of simplicity. At first hearing, it has catchy themes and simple structure, easy to turn up to. If you take a closer listen, you will notice more of mono/poly’s musical complexity. He’s been playing with echo and delay in such an ingenious way, making this piece boundless and intergalactic if you like.

The Belgian pianist Julien Libeer released his album with his recordings of works by Ravel and Lipatti. ‘Nocturne’ is a piece composed by early 20th century pianist Dinu Lipatti. Libeer’s version takes it slightly off the grid, making it less heavy in it’s nocturnal greyscales. It is played in such a way, the theme of the song appears with somewhat more brilliance than other versions of Nocturne I’ve heard. Resulting in a good balance between the sinister and soothing sides of the night, I’ve been listening to this recording on repeat. Good for solo-walks.