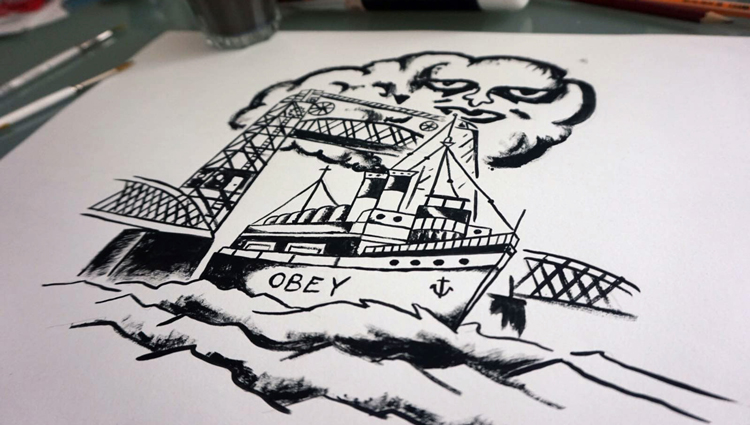 From LA to Rotterdam!
Obey Clothing and Daily Rush are celebrating their year-long pact with a highly exclusive capsule collection.

Obey is an extension of Shepard Fairey’s artistic mind, merged into a forward-thinking streetwear label straight out of LA. The designs are based on his art and ideals, filled up with subtle references to political issues and global challenges.

Daily Rush, based in downtown Rotterdam, is ruling the streetwear game for over 10 years already – known for their excellent mix of now streetwear and mid-level fashion. Together they’re releasing a capsule collection consisting of t-shirts, hoodies, caps and patches. 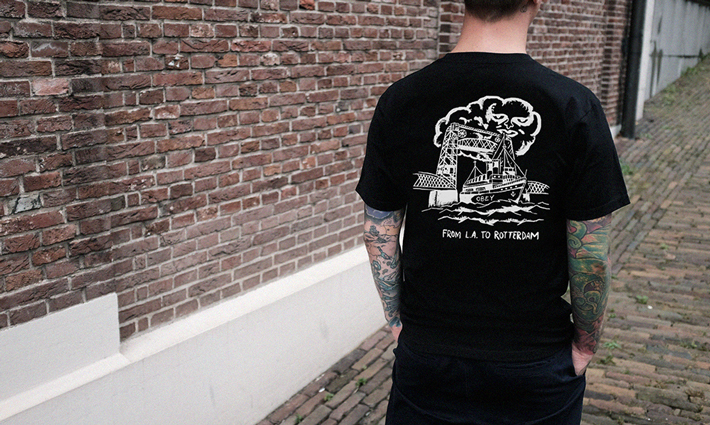 This collection’s artwork is designed by Rotterdam-based illustrator Lizer van Hattem. The symbolism in the design is striking; the Rotterdam harbour, the infamous Hef and the face of American wrestler Andre the Giant are seamlessly combined into one piece.

Bram Spanjersberg (Daily Rush) about the collaboration: “This collection is a crown on a long and steady friendship – something we value very much. We’re incredibly proud and we’re going big with the release!‘ 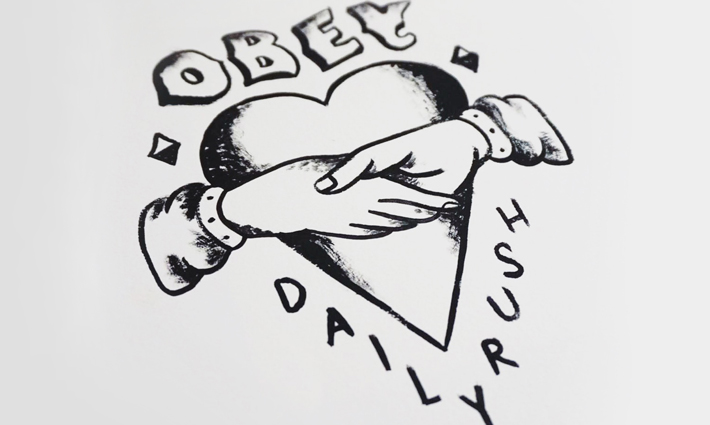 On Friday the 2nd of September, Obey and Daily Rush are launching the collection over at BAR Rotterdam. it’s going to be a banging release party, with performances by Bombay, Schompus (Aux Raus) and a dj-set by Rimer London (known from Le Le).

The capsule collection will be available September over at Daily Rush, online and offline.

For more information check out Daily Rush and Obey Clothing.