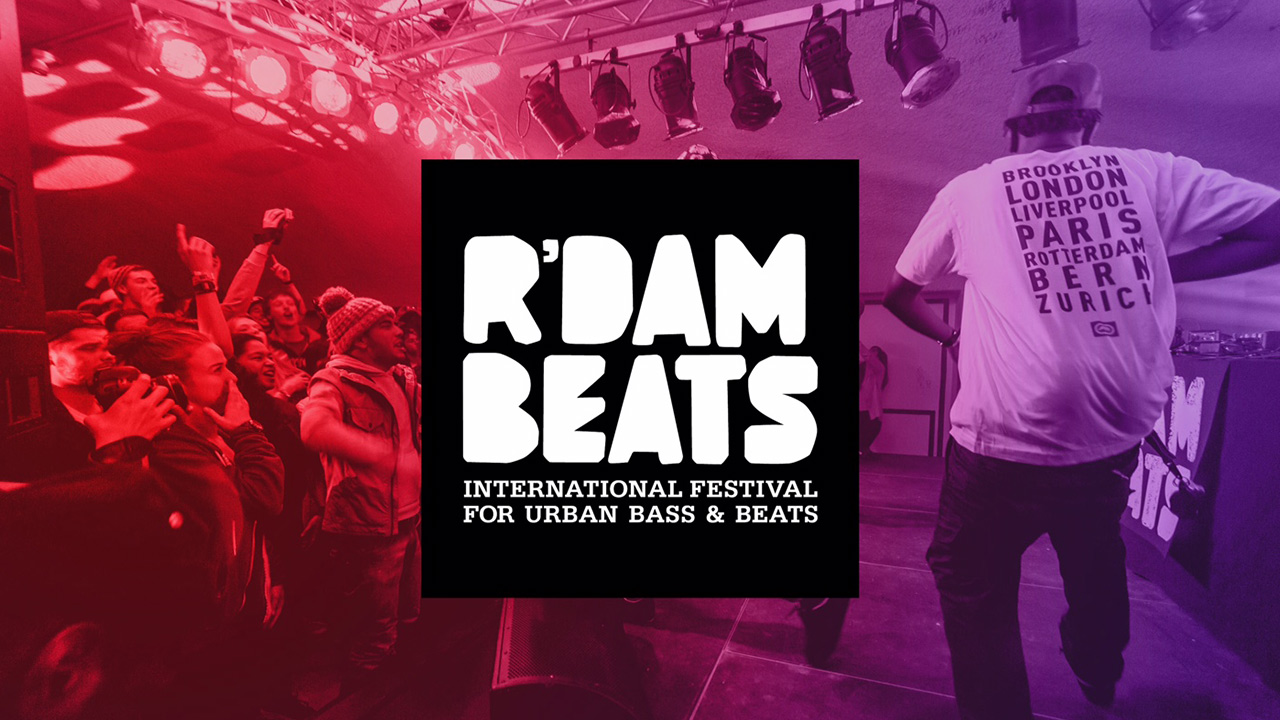 Rotterdam Beats is back in town! On Friday the 14th and Saturday the 15th of November, Rotterdam will be filled up with the best international acts in beats, bass and hiphop.

With more than 50 acts in two days it’s pretty impossible to go and see all the shows. So before you’re going to puzzle your way through the timetables, we’ve made a fine selection of our must-see acts.

Dorian Concept (born Oliver Thomas Johnson; 1984 in Vienna), is an Austrian composer, producer, and keyboard artist, whose work draws on an eclectic variety of sources including modal and free jazz, funk, hip-hop, and electronic, ambient, and soundscape music. Johnson adopted his stage name as a teenager as a reference to the Dorian scale.

Ain’t no half-steppin with the man like Akkachar. His name means “big, bold man” in the North-Morrocan Berber dialect Tamazight, and genetically he follows a long lineage of actual pirates (the oldschool sabers and parrots type). Just so you know what bulky, brute and disturbing sounds to expect from him and his Rwina peers. Following a brief purist hip hop and UK garage phase, Akkachar grew fond of dark techno stylings, all of which he channeled into a mixture of gritty beats pretty much unheard of in the Am’Dam region.

Jameszoo (Mitchel van Dinther) from Den Bosch began as a DJ playing alongside acts like Modeselektor, Kode9, Dorian Concept, Nicholas Jaar, Gold Panda and many more. Apart from dj’ing Mitchel is making music as well. A few months ago his first 7’’ (leaf people) got released on Kindred Spirits.The 7’’ contains 2 track and on one of these tracks Mitchel collaborated with St. Louis based vocalist ‘’Coultrain’‘.

Krampfhaft hails from Utrecht. His name means something like “convulsive,” which fits his erratic, constantly moving tracks to a tee. The producer, known to friends as Joris van Grunsen, debuted on the label Saturate Records with the “Brightly Colored Candy Teardrops” EP, a title which describes it as well as anything ever will. He also released the fantastic 7″ “Spit Thunder,” on which he layered bold synths over speed-addled drums and syrup-drenched vocals.

Canada has recently become a hot spot for amazing musical talent, from superstar Drake, via our previous headliner Lunice to current king of the bass club scene Kaytranada. Shash’U built his name as a producer does these days: with banging bass and club remixes on his SoundCloud page, with favorites being Justin Timberlake’s My Love, Beyoncé’s Single Ladies and Aaliyah’s Try Again. His remixes and beat flips are becoming a favorite weapon for DJ’s worldwide. Shash’U has just released his debut album Tru Da Night at Fools Gold Records.

Another local favorite that is buzzing on an international scale. Big name DJ’s are picking up his tracks, songs of his recent EP Bliss were picked by BBC radio DJ’ for weekly rotation and the Dutch producer and DJ is gearing up for the next phase in his international career. He will perform at Rotterbeats on Saturday the 15th of November.

And last but not least, we’re giving away some free tickets for Dorian Concept on Friday the 14th of November at Station Hofplein! Head over to our Facebook to join the action and have a swing at those free tickets!