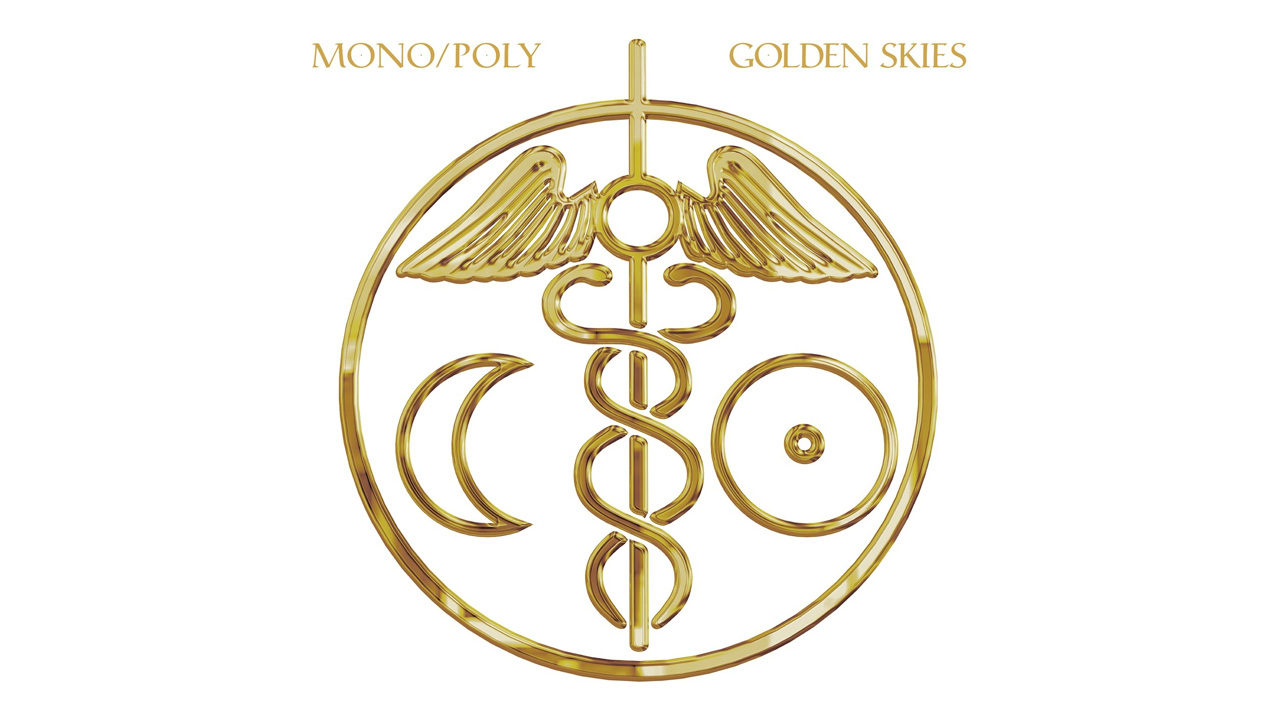 Golden Skies, we really looked forward to this one. Last year we visited Brussels and met up with Charles Dickerson, asking him in detail about his inspiration and his motives in becoming a producer. That’s how we got to know him, and through his previous releases he took us into a world of chaotic galaxies, cinematographic sounds and lost jungles. With Golden Skies, Charles delivers a more sophisticated album, in which he guides us through in a beautiful narrative way.

The coherence of the album is felt immediately by the succession of the first five tracks. After the promising intro ‘Winds of Change’ follows ‘Transit to the Golden Planet’, a collaboration with Rebekah Raff where she let’s her harp-sound play together with the experimental sound of Mono/Poly. With ‘Ra Rise’ Charles delivers the best track of the album, the layering and structure has its own inimitable sound. The timpani (or kettledrums) that introduces sharp synth sounds which makes this one of the most diverse tracks of the album.

The tracks ‘Golden Gate’ and ‘Golden Skies’ are accorded together nicely, making the album a story that’s building upwards. The track ‘Urania’ introduces the second, more quieter part of the album. From there it becomes even more clear that he didn’t want to deliver an album with club bangers, this is more about giving his listeners a meditative calm. That same tranquility in its tracks sweeps away all the musical filth that accidentally got stuck in your ears.

‘Light Age’ opens up with a nice firework show and shoots us directly into space, aiming at the other best track of the album ‘Alpha & Omega’. If you want us to pick one track with the most bang, it’s definitely this one. A no-nonsense track, guided by an aquarium-like melody, backed by a space choir and heading off even further into the galaxy. Beautifully orchestrated, one of our favorites for sure.

“The comforting bass and easy melodies expand your mind. Beat yoga at its finest.”

In ‘Emphryean’ we first hear vocals on Golden Skies. The voice of Mendee Ichikawa is lovely and woolly but are not the best combination with Charles’ beats. It’s interesting to get to know this side of Mono/Poly, but it can be even more polished.
Tracks like ‘Dreamscape’ act like small bite-size intro’s into the next tracks, preparing you for the next step into outer space. ‘Night Garden’ basically tells you to chill out and enjoy the rest of the ride. The comforting bass and easy melodies expand your mind. Beat yoga at its finest. The one thing that keeps bugging us; why didn’t BananaKit make it to the album?

‘Euphoria’ is filled up with those great hazy drums and synths, suddenly speeding up and down when you’re not paying attention. A track that keeps you on your toes and a soothing intro to the last track of the album. Last track ‘Gamma’ is the soulful and bassy ending of the show, and it’s synths and reverbs take you straight back to the 80’s. Good feelings all the way, the perfect track to close up this album.

Overall, Golden Skies is an album that brings a more calm and peaceful sound, quite different compared to his previous work. The more chaotic Mono/Poly is still one to embrace as well. In 2011 he surprised us with his Manifestations EP; releasing his no-nonsense youthful nature without any restrictions. With Golden Skies he confirmed his reputation as a beat-maker in a mature way, and we get to know his fascinating personality even better.

Hop into your spacesuit, get yourself a copy of Golden Skies and discover more of Mono/Poly via Brainfeeder.