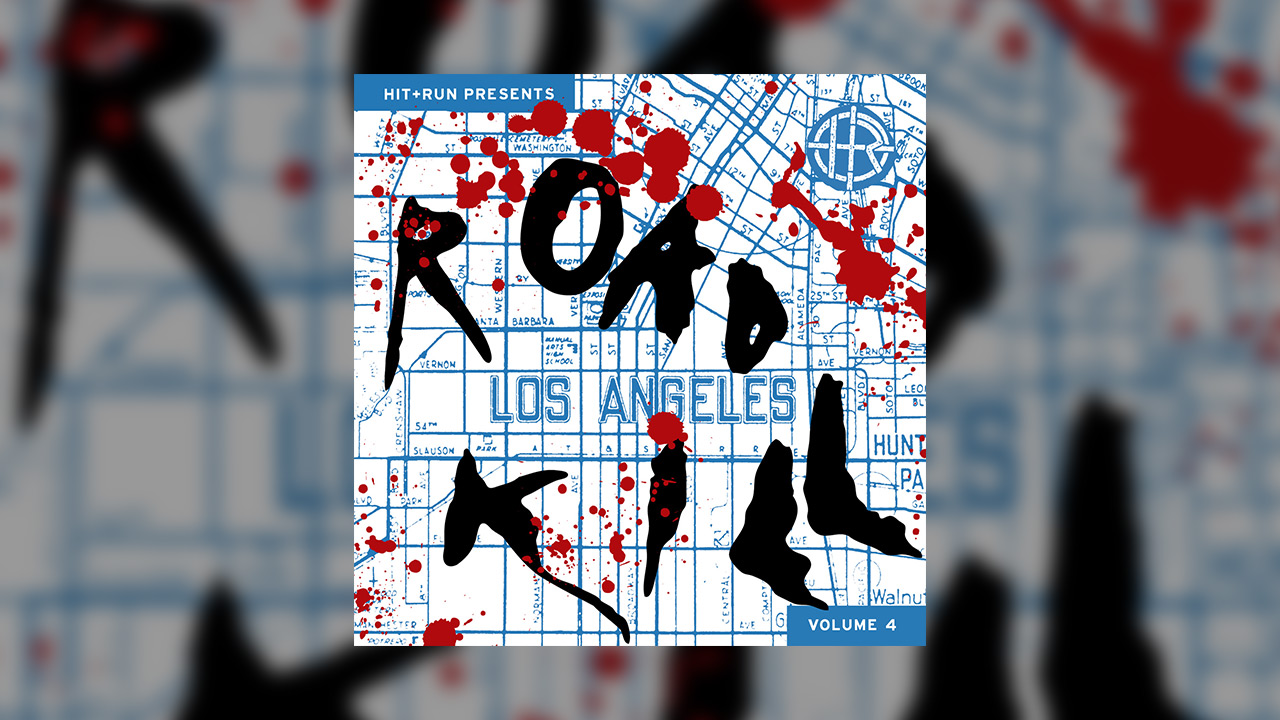 LA screenprinting crew ‘HIT+RUN’ are back with the 4th edition of their “ROAD KILL” series. We had already heard parts of it via Kutmah’s show on NTS Radio, so when Brandy secured a digital copy for this review, we were pretty stoked.

ROAD KILL Vol. 4 is a selection curated by HIT+RUN and contains a wide variety of music from well-known artists on the LA scene, as well as some upcoming acts. To give you an idea of the direction H&R have taken, previous editions of the compilation contained tracks from the likes of Ras G, Daedaelus, Sweatson Sound, Teebs, Kutmah, Mike Gao, Knxwledge, Jonwayne, Om Unit, Flako and Esgar, among many others.

After going through the album a few times, we discovered a whole stack of new and experimental sounds. ROAD KILL Vol. 4 contains 27 exclusive and unreleased tracks from the entire spectrum of contemporary LA music – ranging from typical head-pounding beats to electro punk, dub and even some sunny soulful stuff. While not every track appealed to us, there are definitely a few gems to be found.

Now available on a limited-edition slimline digipak cd, as well as digital formats featuring bonus track by MNDSGN which is not on the cd.

Don’t forget to check our interview we had with HIT+RUN’s Brandy Flower.