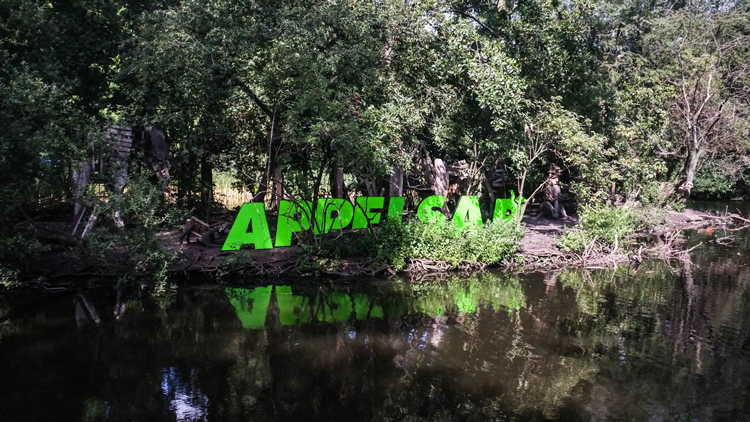 Appelsap Fresh Music Festival. Just mention ‘Appelsap’ and you’ll magically see a smile appear on many faces. This beautiful festival based at the Oosterpark in Amsterdam, has turned out to be a place you just need to be when you’re into hiphop, beats, grime, UK Garage, house, funk or anything in between. It didn’t came as a surprise, that just like the years before, this edition was a well-balanced blast.

Let’s take a step back for a second for a global overview; In the past few years, some minor things have changed. Extra stages were added, the line up got expanded with a wider variety of DJs, and the different areas feel more and more connected; all in favor of the good and friendly atmosphere. And please, don’t forget about the always present sun. In the last few weeks Amsterdam has been pretty flooded, and surely nobody likes to party in the cold, pouring rain. So we don’t know which weather Gods they’ve been worshipping lately, but yet again, the sun was shining like crazy.

Like noted before: the atmosphere was pretty amazing. Little side note, due to some overlap in the timetable we couldn’t check out all the acts around, but let’s just call this a first world problem.

First up, Typhoon. He delivered an awesome show, the whole crew had fun playing the main stage and their enthusiasm easily pumped up the whole crowd. They literally shook the ground under our feet. 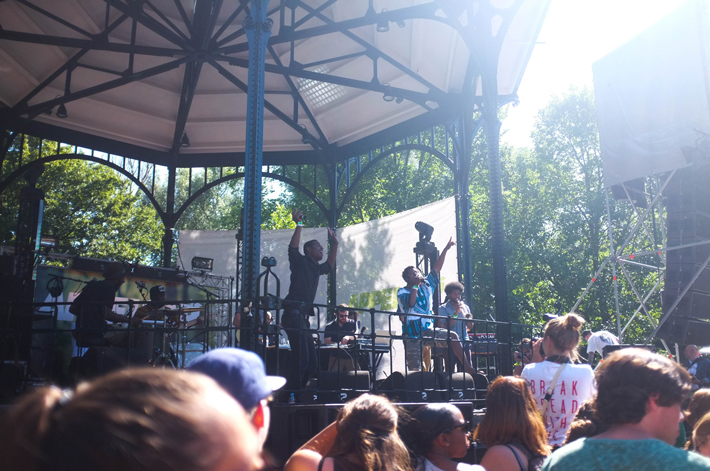 After a small but well-thought-out intermezzo by DJ SP, it was time for Action Bronson to rock the stage. Despite the great shows we’ve seen before by Mr. Bronson, we decided to head over to the Do Over / Adidas Stage. For us, this stage turned out to be the best kept secret over at Appelsap this year.

The Do Over was surrounded by coziness; there was a food court, some spots to chill out, blossoming green trees and even a small piece of beach in front of the stage. The LA-based collective successfully brought a little piece of California into the Oosterpark. 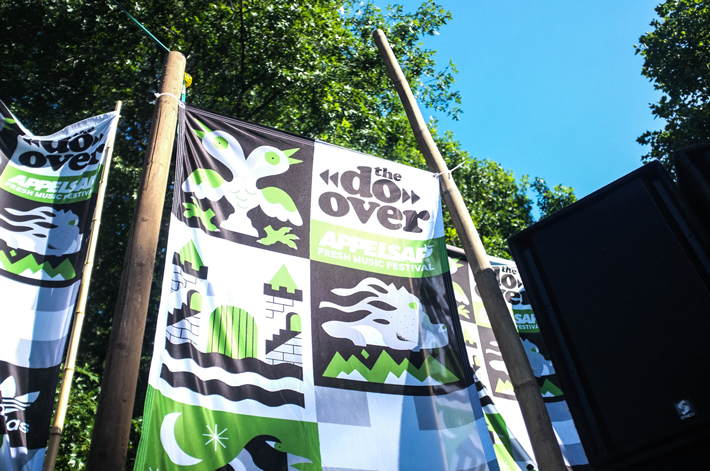 The line-up for this stage was impressive to say the least. Lefto, Rich Medina and De La Soul’s Maseo all provided a fine selection of tracks, heading from beats to soul, from hiphop to funk and all the way back around. The perfect soundtrack for everyone attending the area, whether you were having a slice of pizza or just dancing your ass off, the vibe was amazing.

The distribution of the different musical styles at Appelsap are another huge plus, every stage had it’s own surroundings, complementary to the sounds that were playing.

‘The LA-based collective successfully brought a little piece of California into the Oosterpark.’

The bigger acts rocked the main stage, you could head over to the 101 Barz / Freshcotton stage for some of that raw hiphop and grime, the Do Over offered some easy-listening tunes and the full blown house lovers could get their pumping bass over at the Colors stage. So, after some cooling down at the Do Over we needed to get things heated up again at the Colors stage.

Along the day DJs like Cinnaman and Vic Crezee were warming up the crowd for the final bangers: Hudson Mohawke and DJ EZ. The energy really came around when HudMo entered the stage; deep bass, hard kicks and relentless snares really got the people going nuts. And of course, when he played his ‘Chimes’, the mosh pits were growing bigger and bigger.

DJ EZ perfectly topped off the festival. The UKG king delivered a refreshing sound, leading with UKG classics; technically and musically outstanding.
We’ve had our first encounter with DJ EZ about 15 years ago, and his set just took us back to the birth of UK Garage. He managed to mix up the people in the crowd; whether you’re 16 or 35 years old or heavily into house or hiphop, EZ had the right ingredients to connect different musical preferences, exactly the main thing Appelsap stands for! 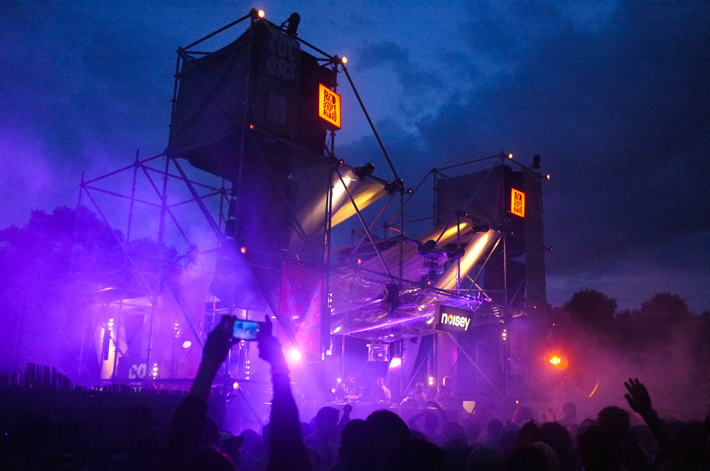 This 2014 edition of Appelsap was a great success, we’re surely going to see more of each other next year. Probably on a slightly different location, the neighbours of the Oosterpark don’t always approve the heaviness that Appelsap brings along. But hey, sometimes you need to change things to take that next step up, so we’re looking forward to 2015!

But until then, enjoy our video made by the homie Milan van Dril!

And for more photos, check out Fader Magazine!