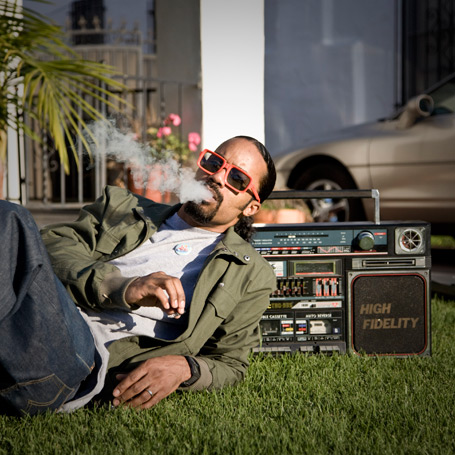 Known as Los Angeles’ “Ambassador of Boogie Funk,” Dâm-Funk represents the citizens of the Funkmosphere.

Headquartered in the Leimert Park section of L.A., Dm (pronounced: ‘Dame’ as in Damon) spent the last few years cultivating a musical renaissance rooted in the early-’80s styles known as Boogie, Modern Soul and Electro-Funk. As a DJ/selector, Dâm attracts the most discerning Boogie Funk afficionados within driving distance of his storied Monday-night Funkmosphere parties.

But it’s not just collectors at the bar toasting to the melodic sounds. Anyone who grooves to the likes of Slave, Aurra, early Prince, Prelude Records and the like, will get a dose of those groups’ unknown contemporaries“ more obscure but equally Funk-worthy.