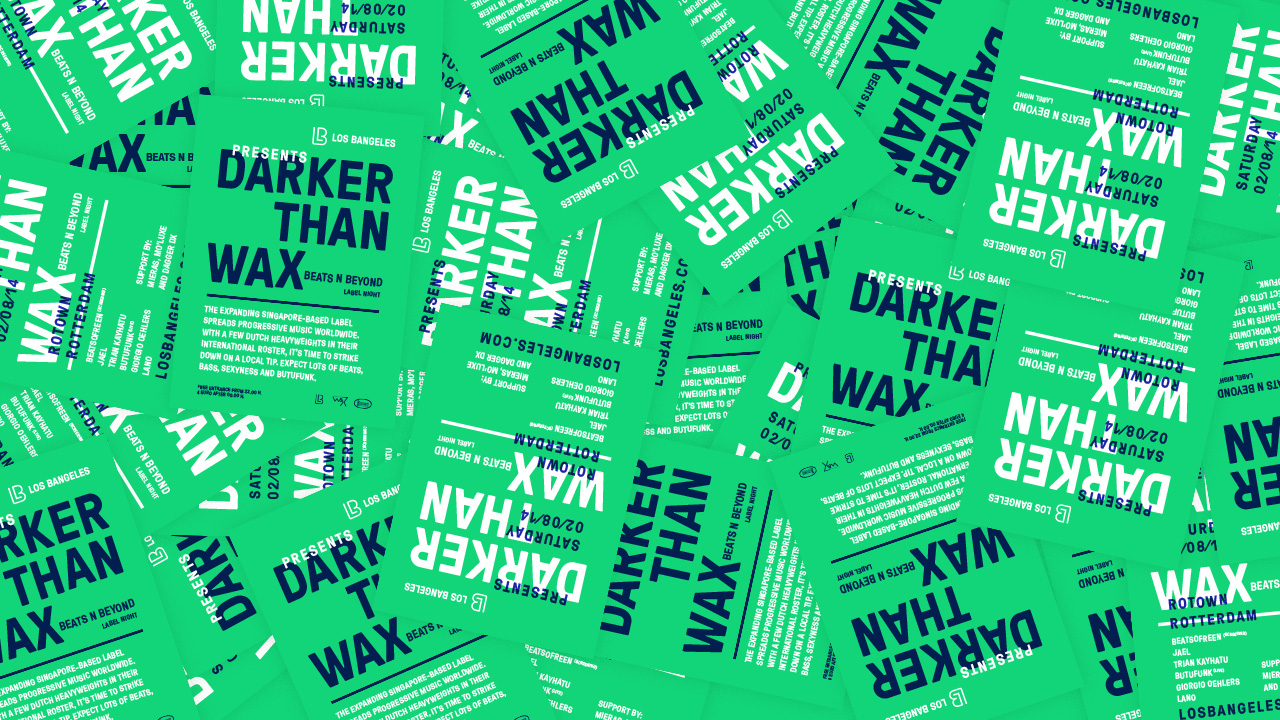 On Saturday 2nd of August, during the fourth edition of Welcome to Los Bangeles, we’ll be hosting the official Darker Than Wax Labelnight at Rotown Rotterdam.

“…A statement that music should have depth, and that your racial / genetic / cultural make-up is irrelevant – only your soul is…”

To name a few, the label has been releasing the likes of Ta-Ku (AUS), Evil Needle (FRA), Midnight Runners (INDO), Samuel Truth (NZ) and Neguimbeats (BRA). Darker Than Wax is striking down with events all around the world. The Netherlands is heavily represented in their roster and -as you know we’re about building bridges- we’re proud to host the night with a line up including: Beatsofreen Jaël BUTUFUNK Live (Trian Kayhatu, Azteka, Karish, featuring Giorgio Oehlers) LA-NO, Moods