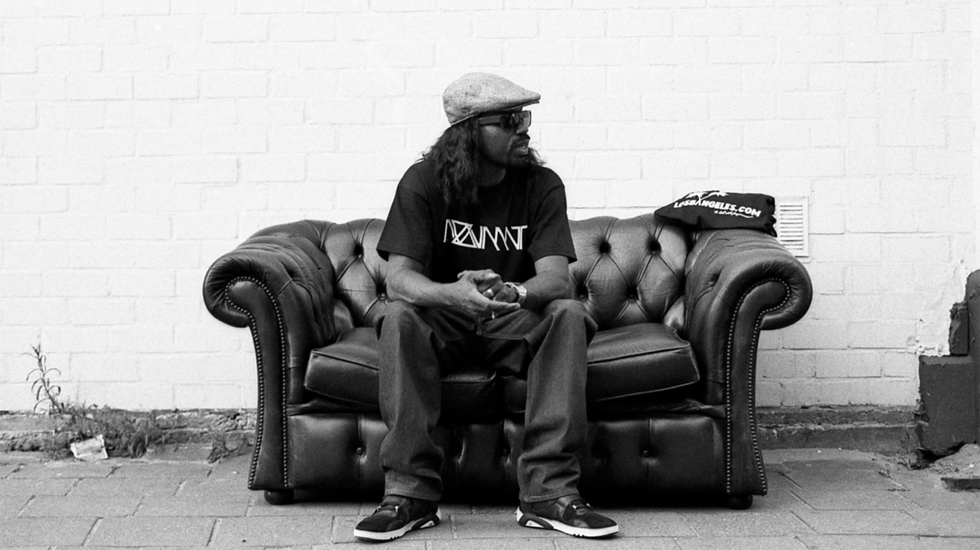 You all probably know DāM-FunK. And if not, well, he’s definitely one of few that have opened doors for the recent Funk-rush. You may call it a funk-revival, but it has never been away, actually.

Since 1988, Damon G. Riddick has been indulging the modern funk spectrum, starting this ongoing galactic exploration. His love and approach for the analog gear has never been away and really defines DāM-FunK’s sound, which is inspirational for many.

We’ve had a few DāM-FunK experiences, whether with him behind the wheels of steel or as a live solo act, this time it was our first encounter with DāM-FunK backed up with a live band-setting. We heard very positive feedback about the show in Amsterdam at Toko MC the night before, they definitely dropped it on the One.

Actually we raised an eyebrow on the seemingly low attendance at the event out here. It was a difficult day, paralelling a local festival and numerous sunblessed BBQ’s at the park. Next to that it’s also a matter of pushing the crowd, to promo a highly anticipated event. A more overall programming as a club night with the live-act as part of it, probably would work better.

This time the Los Bangeles crew was on the road with the talented photographer Simon van Wijk (keep an eye on him, ok?) 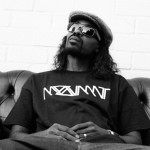 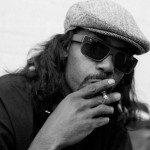 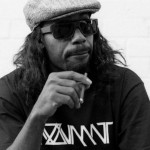 We’ve had a warm welcome at Bird and planned a photoshoot on location, just before the gig. It was a nice go and chat, DāM is Funk all the way.

The soundcheck before was intensive, that resulted in a very solid groove. To us they were on point, affording no sloppyness for the funk.

With … on drums and … on keys, the band created enough space for DāM to go all out improvising.

They went from the never heard before rock-orientated track tributeing the time when downloads didn’t even exist, to the funkballad ‘I Wanna Thank You’.

A little bit more energy from the crowd would be nice though. People, we all have funk, so don’t hold back!

‘What are you smoking right now?’ DaM-Funk: ‘Cloves man…’

The always bouncing ‘Hood Pass’ was tight, and the track ‘Mirrors’ shurely reminded some that they haven’t spoken to their close relatives for a while. With the rework of Baron Zen’s ‘Burn Rubber’, they managed to turn the party up. With DāM blending into the audience, we think we saw Rotterdam based producer Tyler Wat Doe Je going ape on DāM-FunK’s keytar.

Lucky Dubz kept the people on the dancefloor afterwards. After all, it was a good one.

We feel free to thank DāM-FunK and band, on behalf of Toko MC Amsterdam and Bird Rotterdam.

Let’s look in the camera, we just got funk’d.